The Office of the Agricultural Attaché (DA Japan)
2023年1月17日

A mango producer in northern Japan’s Hokkaido which grows the tropical fruit using heat from local hot springs and harvests them in winter has begun shipping to high-end supermarkets in Hong Kong in December.

This is the first time for Noraworks Japan, headquartered in Obihiro, to export its mangoes overseas since it began cultivating the fruit over 10 years ago. As it is now able to provide a stable supply, the company said it hopes to further develop sales channels abroad.

Noraworks’ sweet and succulent “Hakugin no Taiyo (Sun in the Snow)” mangoes have a sugar content of 15 percent or higher. Four mangoes were shipped to Hong Kong’s upscale supermarket City Super on Dec. 4, with one fruit each made available at four of its branches. 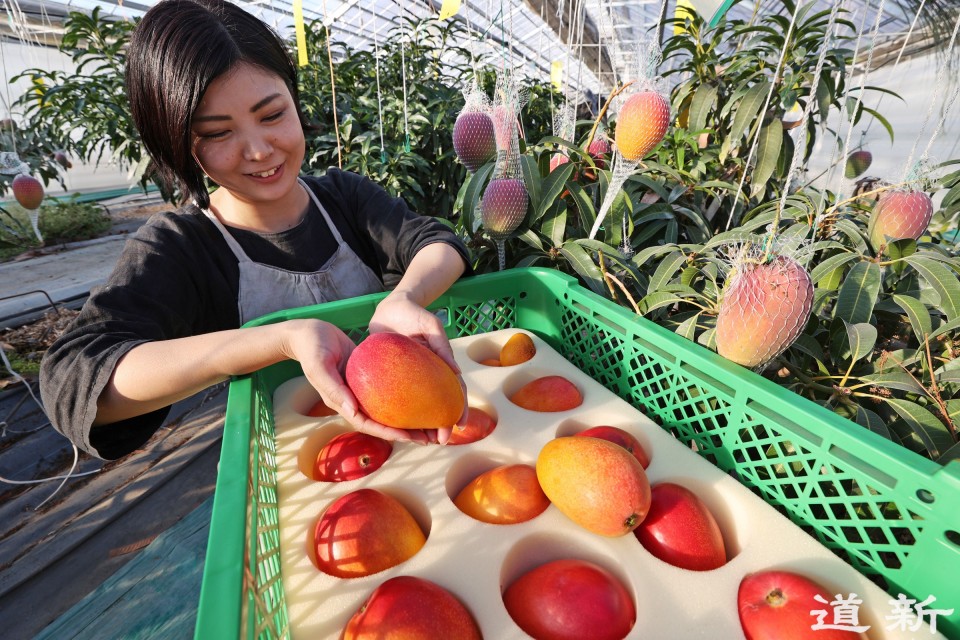 The mangoes normally sell for around 6,000 yen to 30,000 yen each in Japan, depending on the size, but in Hong Kong, they fetch about double the price. Of the four mangoes delivered, one sold for the equivalent of 43,000 yen. The company said it plans to ship mangoes to Hong Kong once a week until mid-January.

Noraworks began growing mangoes in 2010. In order to harvest the mangoes in the middle of winter instead of the usual spring to summer seasons, the company laid pipes beneath its greenhouses — running cold water from stored snow and ice in summer to keep the greenhouses cool, and warm water from hot springs in winter to heat them up for the mangoes to bear fruit.

The harvesting season for Noraworks’ mangoes lasts from mid-November through mid-January. The company constructed a large-scale greenhouse three years ago to expand its production and expects to harvest a total of 4,000 mangoes this year.

The company hopes to increase its production by fivefold to about 20,000 mangoes a year in five years’ time and plans to export to Taiwan, Dubai and other places where there is strong demand for such mangoes in the future.

“Mango is a tropical fruit, but Tokachi has low humidity and few pest insects so we can cultivate using just a small amount of pesticides,” said Hiroyuki Nakagawa, president of Noraworks. “I would like people overseas to enjoy this taste that is made possible only in extremely cold climate.”